States of Discipline: Authoritarian Neoliberalism and the Contested Reproduction of Capitalist Order

What makes neoliberalism such a resilient mode of economic and political governance? What are the means with which neoliberalism effectively reproduces itself in the face of popular opposition? States of Discipline offers an answer to this question by highlighting the ways in which today’s neoliberalism reinforces and relies upon coercive practices that marginalise, discipline and control social groups. Such practices range from the development of market-oriented policies through legal and administrative reforms at the local and national-level governments to the extensive deployment of the coercive apparatuses of the state for the repression of social forces that oppose various aspects of neoliberalisation. While we argue that these practices are built on the pre-existing infrastructure of neoliberal governance, authoritarian neoliberalisms strive towards limiting the spaces of popular resistance against neoliberalism and pre-emptively protecting these policies through a set of administrative, legal and coercive mechanisms. Accordingly, the book locates ‘authoritarian neoliberalism’ as a conceptual prism through which the institutionalisation and employment of a number of state practices that invalidate public input and silence popular resistance are expounded with corresponding case studies. This cutting-edge collection offers an innovative approach to the study of contemporary capitalism by bringing together original case studies that analyse the transformation of neoliberal governance into increasingly non-democratic, coercive and disciplining forms of statecraft.

This is vital reading for all those interested in the changing nature of neoliberalism in contemporary capitalism. Drawing on an extensive array of cases, Cemal Burak Tansel has brought together an outstanding collection of essays that lucidly dissect the complexity, resilience and increasingly disciplinary nature of neoliberal governance. Together, this volume presents a signature account of authoritarian neoliberalism.

— Susanne Soederberg, author of Debtfare States and the Poverty Industry and Professor of Global Development Studies at Queen’s University, Canada.

The ‘free market’ ideology of neoliberalism and aggravated modes of authoritarian state rule are not incompatible opposites; all along, they have been mutually entangled and coproduced. States of Discipline explores these complex connections not from the singular vantage point of some (supposed) locus classicus, but across the uneven terrain of the state and interstate system—from Turkey to China, from Cambodia to Greece, and more. This pioneering and original collection problematizes the capitalist state—both as an arena of, and as an actor in, ongoing processes of disciplinary market rule—posing challenging and urgent questions of theory, practice, and politics.

— Jamie Peck, author of Constructions of Neoliberal Reason and Professor and Canada Research Chair in Urban and Regional Political Economy at The University of British Columbia.

Despite the global economic crisis in 2007–2008 neoliberalism has continued to reign supreme. This highly important book sheds light on new forms of authoritarian neoliberalism underpinning this rule. From themes such as labour, security and gender to the EU, Turkey and Greece, analyses emphasise the centrality of the state in securing capitalist accumulation. A must-read for academics and activists alike interested in challenging ongoing exploitation. I strongly recommend this book.

— Andreas Bieler, author of The Struggle for a Social Europe and Professor of Political Economy at the University of Nottingham.

This timely volume addresses most critical issues, at a decisive turning point in the neoliberal conjuncture. With the cosmopolitan veneer stripped away, the repressive face of the state in late capitalism is becoming clear for all to see. The contributors undertake an exhaustive inquiry into different facets and forms of neoliberal authoritarianism. The take-home messages are that the state drives neoliberal authoritarianism and must remain a focal point of critique and political action among those fighting for a better world.

This excellent book is a true page turner, a must-read for political economists and social scientists more generally trying to understand the contemporary evolution of neoliberal capitalism and forms of coercive (state) power. Building on a cutting-edge critical theorisation and a refined conceptual toolkit, the contributions expose in an uncompromising fashion various subtle, as well as outright violent authoritarian guises in which neoliberal experiments have become manifest around the world. Well-researched, well-written, and thoroughly historicised, the contributions disclose the disciplinary and repressive dimensions of real existing neoliberalism that hitherto have been off the scholarly radar, while at the same time also pointing to pockets of resistance. The book succeeds like no other in taking the existing debate on neoliberalism to the next level and hereby sets the research agenda for the future. 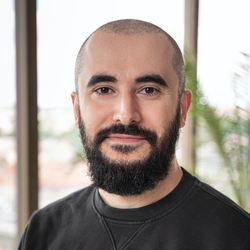 I teach and write about the political economy of capitalist development.